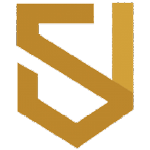 Posted at 18:39h in Uncategorized by Joseph Sapsed 0 Comments
0 Likes

Its that time of year again, and of course it comes around just when we have just made it through January scraping the bottom of the butter tub and running our cars on fumes. Yes, you know it, its Valentines Day. Love is in the air and what better way to say I love you than … urm … Ahh! the big question, what valentines gifts for men should I purchase?

Usually we would be joining you asking what mens valentines gift ideas do you have.

However this year we would love to introduce to you The Sock and Jock Box. A mens underwear subscription box that literally ticks the box. Men are famously known for not purchasing underwear or jocks as we know the underwear fairy will deliver on our birthdays, Christmas and of course Valentines.

Mens underwear subscription boxes are becoming very popular in the mens online gift industry. What better to say I love you than a pair of fresh boxers and socks every month. Now unlike everyone else who has jumped on the band wagon, The Sock and Jock Box provide surprise matching socks and jocks every month.

Send an underwear subscription box this year to the man in your life and step away from the every day gifts. Send a surprise gift to him this Valentines for up to 12 months for as little as £3.99. Oh and you get free UK delivery. Sounds too good to be true, thats what the 2000+ customers said before you.

How does it work